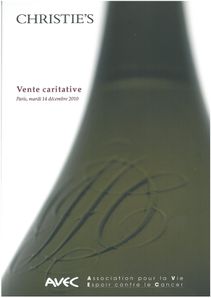 NO GREEN BEER FOR ME THIS YEARS

How I spent my St. Patrick's Day

This was a pretty awesome day, but strangely didn't include any beer. Like most Wednesday's, my time at the office started out with a few quick meetings including my weekly update with the publisher where I get to fill him in on the status of our upcoming wine competitions (the International Value Wine Awards and the Canadian Wine Awards). After the quick update, I was running off to a 10 am tasting of Cotes du Rhone wines with the Calgary Sommelier Society (CSS) at the Cookbook Co. here in town. The CSS is a group of professional sommeliers and industry insiders who get together whenever possible and taste wine. Usually, those tastings involve either a winemaker or winery principal who happens to be in town and wants to get his wine in front of a number of professionals in a formal tasting setting. Sorry, it's not open to the public, but if you have questions about it, I am happy to answer questions or pass along emails to the organizer (tfirth@wineaccess.ca)

This first tasting was with Frédéric Coulon of Domain de Beaurenard a top shelf producer of Côtes du Rhône http://www.beaurenard.fr/ the tasting was built out of a horizontal tasting (tasting several different wines from a single producer) with 2 vintages of each wine (a vertical tasting). The winery is fully committed to being organic and are pretty much all the way there and expect to be by the 2010 vintage along with some motions of biodynamics which Frédéric believes provides a "better expression of terroir" that all encompassing sense of "place" and uniqueness which virtually all wines hope to achieve. The wines are 100% hand harvested and undergo extensive hand sorting before fermentation which all takes place with natural yeasts

The wines tasted were:

Domaine de Beaurenard 2006 Côtes du Rhône
Showing a touch of heat, while still supple on the nose, this Grenache based wine has about 15% each of syrah and cinsault. Decent fruit presence on the nose translated to a fairly tart wine which was a little disappointing at first. NB. This same bottle was retasted at lunch a few hours later and was significantly better and had more complexity both on the nose and palate with that bit of extra time. If you encounter the wine being a touch sullen either decant, or give it some air.  Around $19 in AB

Domaine de Beaurenard 2007 Côtes du Rhône
The soon to be released vintage was rock solid with strong youthful colours on the rim. While on both the nose and palate tart cherry, strawberry, and woody shrub notes with hints of rose petal and rock candy. Bright acids should make this very food friendly, and still good on its own. 88 points.

Domaine de Beaurenard 2006 Châteauneuf du Pape
Slightly closed at first the wine started opening up fairly quickly. This is quite young for CNP so should continue to develop for a very long time. Bright cherry fruits with wood chip and pepper. Grenache based, its rich and full with good fruits and a slightly muddled mid palate which I am blaming on a slightly dumb period for the wine right now. Interestingly, it rebounds on the back palate and brings with it a strong and enjoyable finish. 89 points AB price around $43 I would love to taste this same vintage again in about 5 years when I think it will be showing much better.

Domaine de Beaurenard 2007 Châteauneuf du Pape
Lots going on in this very youthful CNP with abundant alcohol heat on the nose right now. Still based around grenache at about 70% syrah and mourvèdre each providing 10% with numerous grapes rounding out the blend. Big cherry, plum and blackberry notes with blueberry reduction and pepper spice characters. The palate brings with it cool chocolate flavours which well complement the flavours you expect from the nose. Very well integrated so far, this should be a keeper for about 10 years or so, but I expect it should benefit from around 15 years in the cellar. 91 points should be around the same price as the 06 when it lands.

Domaine de Beaurenard 2006 Boisrenard Châteauneuf du Pape
This was a stunning glass of wine. Practically overflowing with spicy tones and ripe fruit sourced from only old vines ranging from 60-100 years of age. This wine is also representative of all 13 varietals allowed for CNP but still based on Grenache which are all co-fermented together rather than independently which is the norm. True and rich on the palate, the tannins are generous and balance even the more subtle floral notes. Will develop and will improve with time over the next 15 years and beyond. 94 points and about $72 in AB.

Domaine de Beaurenard 2007 Boisrenard Châteauneuf du Pape
Another stellar wine, a bit hot on the nose, but showing the full spectrum of blackberry, cassis, and Saskatoon berry with mince and a light woody tone. Really, just a beautiful nose. Silky tannins in the mouth which balance the bright acids and delicious fruits. Perhaps most telling, a finish that is measured in minutes every second delicious. 93 points. $72

Domaine de Beaurenard 2006 Boisrenard Blanc Châteauneuf du Pape
Sourced from 80+ year old vines there are only about 6 to 10 barrels of this made each year certainly keeping the CNP blanc in the niche category. Dominated by green apple aromas with lemon, mineral, and straw notes, the palate is riper and richer with a creamy toasty character and tropical fruits. Very interesting and very tasty it might be a touch expensive, but this is top quality white and either drink with good company at home, with a great meal, or if you just want to reward yourself. Serve cool, but not cold. 93 points and will retail around $71

Domaine de Beaurenard 2007 Boisrenard Blanc Châteauneuf du Pape
The upcoming vintage is heavenly even this young, bright crisp fruits with a touch of lemon citrus and honey and a pleasant leesy note. Very tropical on the palate, a cool bitter nose emerges on the mid palate and just makes the finish sing. Each sip just tasted better and better. Might be the most perfect compliment to lobster that I have ever had. A little too young, it might be a disservice to drink it now, but buy a few if you can and try one now and save the rest for a great evening about 10 to 15 years from now. 92 $71

All this magic took place quicker than we all thought and I had about an hour to kill before I was to meet Frédéric and a few other people for lunch at (my favourite) Rouge. A few quick emails back at the office and back at it.

The meal was tremendous again and the wines just showed so much better with that extra hour to open up. In talking more with Frédéric I got to understand the winery and its philosophy and where things seem to be headed for Côtes du Rhone. In a nutshell, Beaurenard makes great wine, its going to get even better, and the Rhone is still going to provide great value to consumers.

From here, I had to run back to the office for a meeting at 2 which I couldn't miss and once that done I was off to a 30 year vertical of single vineyard Barolo (I know! That's pretty awesome!) tasting which I had also been looking forward to for weeks from Fontanafredda.